The Advanced Way to Determine Fertility with the Ovulation Calculator 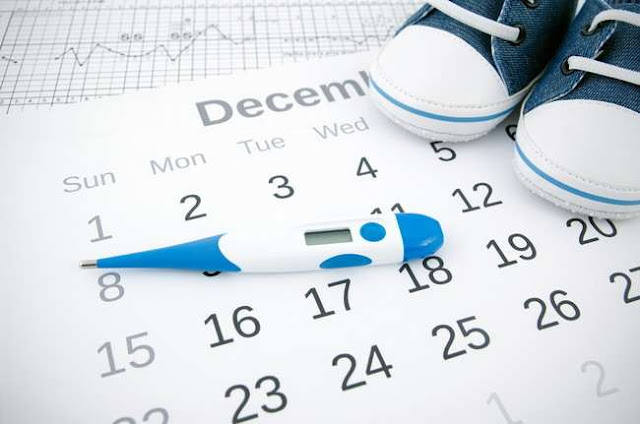 For married couples who want to have a baby soon, having sexual intercourse during the fertile period (ovulation) is important. Meeting the egg and sperm at the right time, can provide a great chance of pregnancy. For those of you who don't understand when the best time to have sex, you can use an ovulation calculator. Having sex regularly, at least 2-3 times a week, can increase your chances of getting pregnant. However, not a few couples who until a long time have not also been given offspring. For those of you who want to have children soon, it is recommended to have sex during ovulation.

How to Calculate Fertility

A woman's menstrual cycle is calculated from the first day of menstruation to the first day of the next menstruation. On average, the menstrual cycle is between 28-32 days. But there are also those that have shorter or longer cycles. For women who experience regular and regular menstrual cycles 28-32 days, ovulation usually occurs between the 11th day until the 21st day. To determine whether menstruation is regular, you are encouraged to make notes about menstruation every month. When ovulating, the ovaries or ovaries release eggs. If you and your partner have sexual relations at this time, the sperm will fertilize the egg and pregnancy occurs. Although sperm can survive in the uterus for up to 5 days, the egg can only survive 12-24 hours after being released. Generally in a year, women will menstruate up to about 12 times. But there are some things that can make menstruation become irregular, such as severe stress, weight changes drastically, frequent strenuous exercise, to hormonal disorders.

These Benefits and Uses of Ovulation Calculators

If you still feel confused when your ovulation occurs, you can use an ovulation calculator. This method can help determine the fertile period in your menstrual cycle, according to the information you entered. This method is important to determine when is the most likely time for you to get pregnant. In addition to the ovulation calculator, you can also use fertility test kits that are sold at pharmacies. This determination can be started by getting to know the menstrual cycle. When you have a menstrual cycle for 28 days, then there are about six days most likely to get pregnant. That is around the second week of the menstrual cycle. On these days couples are strongly advised to have sex. Sexual intercourse 1-2 days before ovulation and right on the day of ovulation is the best way to get pregnant. In this way, once the egg is released, the sperm is ready to wait in the fallopian tubes (fallopian tubes) to fertilize the egg. In addition, the body will show some signs when ovulation occurs, including discharge of vaginal fluid that tends to be clear and elastic like egg whites, breast pain, pelvis or stomach, flatulence, body temperature in the morning (when I just wake up) rises by about half up to one degree Celsius if measured using a thermometer, as well as increased sexual desire. Ovulation calculator is just a tool to provide an estimated date when the right time for you and your partner to have sex so that pregnancy occurs. And this calculator is generally accurate for women who have regular menstrual cycles. In addition to increasing the chances of getting pregnant, this method can also be one of the natural methods of contraception to prevent pregnancy. Namely by avoiding sexual relations if you are in a period of fertility. You should consider going to an obstetrician if your menstrual cycle is longer than 35 days or changes frequently, either faster or even too late. Irregular menstruation can be a symptom of the possibility of disease, such as thyroid disorders, abnormalities in the ovaries for example due to polycystic ovarian syndrome (PCOS).

Popular posts from this blog

Recognize Conditions that Require Sinusitis Surgery and the Risks

February 06, 2020
Monocytes are a type of white blood cell. These cells function against several types of infections, get rid of damaged cells and tissue, and enhance the body's immunity against foreign objects. Therefore, the number of monocytes that are too high, can be an important indicator of a health disorder. The standard number of monocytes in healthy people is quite diverse, ranging from 1-10% of the total circulating white blood cells. This figure is equivalent to 200-600 monocytes per microLiter of blood. Causes of High Monocytes The condition of too many monocytes in the body is called monocytosis. Monocytosis can be a response or a sign of a number of conditions, namely: Infection Various infections due to bacteria, parasites, viruses, and fungi can cause high monocytes. For example tuberculosis and mononucleosis (infection due to Epstein-Barr virus). Cancer High monocyte conditions are often associated with several types of cancer, especially blood cancer, such as leukemia an
Post a Comment
Read more